You Used to "Cold" Call Me on My Cell Phone!

Unleashing my inner Drake, dance moves, all while rocking my best puffy coat.

Because fortune favors the bold.

Tim Ferriss says it best, “The fishing is best where the fewest go and the collective insecurity of the world makes it easy for people to hit home runs while everyone is aiming for base hits.” Why am I kicking off an article about calling mobile phones like this? Because it’s brash, it’s bold, it takes courage. It just works! 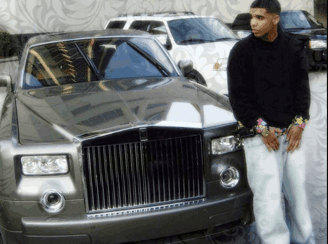 If you’re lucky enough to get a data source with high cell phone accuracy like a LeadIQ, you have a chance to catch someone on their most personal device. Personalization, relevance, and timing are going to matter more than ever.

What’s the worst thing they can say? Not interested. Not right now. Hang up.

“Great job buying my data punk!” Haha. I just laugh it off and move on to the next one.

If I catch live fire, I will typically just say my name and company and then ask them a question related to a trend in mobile marketing.

This is a pretty arresting “interest graph” segway.

“Hey, I’m Justin Michael from ReAppi, curious what you think about the new tech changes on the horizon for retargeting?” Or I will use an “ownership” pattern interrupt. “Who’s in charge of your user acquisition strategy?” This forces a prospect that feels cornered, interrupted, and will subconsciously brush you off, to suddenly exert their authority. “I am!”

Gerry Hill, VP EMEA at ConnectAndSell suggests a “Double-Tap” strategy. Text them straight after the call. If you do connect, why not appear in their WhatsApp and send a GIF. I prefer to use Great Gatsby Memes, maybe that’s just me? Think pattern disruption and ways to stand out. We call this move in some circles, “The Gatsby!”

When you’re calling pure mobile phones definitely apply the COMBO Prospecting / TOPO / Blount TRIPLE - TRIPLE Threat - Triple Touch strategy. Blend it with other channels like LinkedIn custom invites, emails, snail mail, voicemail, and anything else creative you can think of.

There are two roads you can take: VM or Ghost. Sometimes if you dial through and confirm the number is accurate, color code this in a Google Sheet. Then you can ghost back in (call without a message) at various times a day to catch them live.

Greg Casale, CEO of Reveneer, speaks about how live contacts are the highest converting channel and so he encourages his teams to always call until a first connect and then all other touch points fall later in the sequence.

With ultra-low contact rates, I’ve done an all TRIPLE strategy but I’m also an advocate of systems like ConnectAndSell parallel assisted dialers (PADs) that make thousands of dials then hot switch you directly to the prospect.

When you interrupt someone on their cell, always do the following:

I still run the, “Did I catch you at a bad time” from legendary Aaron Ross’ playbook of Predictable Revenue. It still works and comes off as polite. So run that if the above is too artful or craft a version of both.

Try the Sandler reverse psychology too if you can keep them on the line long enough.

Who’s this? Wait, who are you?

“Look, Pam. I hate cold calling as much as you hate getting a cold call…” I love this one and many funny flavors I’ve used.

Stephen Chase advocates saying, “This is a cold call, so feel free to hang up on me” This transparency is so funny it breaks the ice and the fourth wall!

I’ve met a cold caller that’s so extreme that if the prospect hangs up, he immediately calls right back. I don’t advocate for this because you could create scorched earth.

Matija Sokic contributes, “Get the 3 ‘yeses’ at the beginning of the conversation. Then ask for an opinion or something similar. I had luck with CEOs starting talking about the sustainability of their business. Also, covid19 topic helps a lot at the beginning of your ask, and start mirroring. Aaaand Bam, you are already 2min into a cold call.”

Keep in mind, you can’t just text people without speaking to them first. If you are interacting with content on LinkedIn on a thread and someone becomes aware of you, either in the agreement or passionate debate – reach out directly on their cell. If they view your profile or like, comment, retweet – call their cell phone. If someone opens your Outreach sequence more 3 times, call their cell phone.

Call on signals – I refer to all of these as signals. The faster you can move to WhatsApp and Text the better. Especially as deals progress closer to the bottom of the funnel, rather than waiting weeks for slow emails, you could be moving back and forth in real-time to iron out all the kinks on the deal.

Who’s cell number should I call and how do I know which one to use?

Get databases of phone numbers and call through all of them. If you get a message machine that does not identify them, just assume it’s likely them and leave a tailored Vmail. I’ll call 6 numbers in a row, leave 6 VMS – for the same person, and then follow up with an email.

Do not be afraid to call in high at the C-Level, Board Level, and VC level. For some reason, these folks are actually more receptive and easier to talk with. Refer again to the Tim Ferriss (4-hr Workweek) quote at the beginning of this article:

“The fishing is best where the fewest go and the collective insecurity of the world makes it easy for people to hit home runs while everyone is aiming for base hits.”

I always love to quote my grandfather from the height of real estate, “Do two things that scare you by lunch!”

It’s a paradox, people are most afraid to call the direct cell of someone they feel could fire them, ruin their reputation, or call their boss. You can’t be afraid of power. Be relevant, do the research to personalize and be prepared. Then call high into the power base directly. Becoming fearless is just about repetition. Senior executives are people too.

Take this approach – use LinkedIn Nav to run a Boolean Search on a key account. Then go top-down, bottom-up, middle out. Pick C-Level execs, Board Members, SVP, VP, Director, and Manager/analyst level. Make some repetitions of calls lower down to confirm some of the decision-makers, like confirmation calls. “Hey Prospect, Just calling in about mobile user acquisition, does Dylan still handle that, or is there a specific Retargeting team?”

You start to get warmed up and gain intel in these qualification calls. Then you can take that intel to the top. “Hey Dylan, I just spoke to Susan and she confirmed you guys are working on this project to modernize your approach to consumer acquisition.”

Hey, I am Nadir calling from XYZ (for context & intent). I just happened to have read your annual report and the impact relative to the .....

What happens is you bought time by making it relevant with a reference that resonates. I would get as much as 30sec to 1min as I was building the foundation on why I called and how it’s relevant and then open up with an open-ended question like... 'Would you be against me asking how are you currently looking at mitigating these major risks?' And from there, you give the illusion of control, apply active listening, and build up leverage for you to invite them in what will be a valuable meeting for them to attend.

It's a value-based conversation more than it is a pitch. This works 90% of the time but God knows how many phone calls I’ve made & objection handling I’ve experienced but all well worth it.

Speaking of objections, they will come fast and harsh on a direct cell. There is nowhere to hide. This fear of rejection triggers fight or flight reflexes and so that’s the reason just like Public Speaking, most reps would prefer base jumping or wing suiting without a parachute over calling C-Levels on their cell phones. Be armed with these arrows in your quiver to handle the most common objections

Get Ready To Direct Call:

In conclusion, the first inclination is to keep getting ready to call direct, call in high, be bold, do the hard thing, do the thing that scares you, and procrastinate forever. It’s just too easy to rely on endless cold email, sequencers, and liking, tweeting, and interacting on social.

Stay MASSIVE in social, just add direct cell phone calling at every turn. We are in the conversation economy as LinkedIn for B2B is a top 20 site in the US. As you launch passionate conversations around topics your customers care about, pull them into impromptu Zoom calls or just directly call their cell. One wild idea I’ve seen is to drop a live Zoom into a comment thread.

In the moments leading up to an answer, I’m always reminding myself that I’m likely just getting a voicemail, that calms me down. I write down a template framework that’s hyper short for the message I’ll leave. If I get a really negative live-fire scenario, I’ll route. “Hey, I get it, John – who’s the best person to talk with about this on your team.” They shut down again, I go for a referral. “Who should I be speaking within your network then?”

Then I follow up immediately with an email that refers back to the VM. Email sounds like, “Asia, Per my voicemail….. “Same exact message.” They’ll usually delete the VM but link it to the email and I’ll get a 3X response rate. This comes right out of comboprospecting.com where I’m the case study.

Notice the message is dead short, phone number at the front and back. You can pepper in relevant personalization from a common connection, a quote you read about them, hyper-personalization on some rare tidbit you saw on their social media, or in a comment thread. Follow these tips and every day will be a hit record like Drake. Aim for the top. Shoot for the stars and you just might hit a mountain or land in a cell phone tower!

Justin Michael is a sales futurist, prognosticator, blogger, author, and above all still cold calls as an active sales leader for early-stage SaaS companies. Twenty years in sales, 13 years in SaaS, he's sold for Sean Parker, LinkedIn, and Salesforce as well as consulting over 100 startups on cracking top funnel. Look out for his book "Tech-Powered Sales" releasing on HarperCollins in 2021. He lives in SoCal and enjoys running his Shepsky (shepherd husky) on hiking trails. Justin was part of an ambitious VC project to automate sales development itself where engineers built an AI of his brain while prospecting.

16% of Your Sales Emails Never Reach your Prospect

8 Great Cold Email Examples That We Actually Sent to Prospects

← How to Attract Women to B2B Sales Roles

Building the Perfect Sales Sequence for your Sales Team →

16% of Your Sales Emails Never Reach your Prospect

8 Great Cold Email Examples That We Actually Sent to Prospects