Why You Should Use Humor in Prospecting Emails

See all
See all
At LeadIQ, we have a dream that one day all prospecting emails will be written with thought, creativity and consideration that would rival those seen during a certain big football game every year. Imagine receiving an email that is personal, clever, has character in itself. It makes you feel like it is from an old friend who gets you. It’s great!

But alas, this dream seems so far away because we have quotas to meet. Crafting messages like these can take a considerable amount of time This would mean overall your volume of outgoing emails will be lower.

However, it could mean your response rate will be greater because you took the time to connect. So what’s a good way to try? Just like those commercials on the big game day, we have found that humor is a great way to connect, prompting more replies when you are prospecting.

Humor Makes your Emails Stand Out

A working person receives an average of over 121 emails a day. The email you send may be ignored because their inbox is getting hammered. If you send an email with content in it that entertains, however, then you are more likely to keep their interest and attention, increasing their desire to talk with you.

A great example of this that I’ve seen recently came from a colleague of mine, Ryan. He has been prospecting for branded.me to build up their mentor program, which works similarly to LinkedIn Influencers. He wanted to have a conversation with someone in particular about this program, but she sees hundreds of emails per day so he had to try something different, so he wrote this email specifically with her in mind:

Note this email focuses more on Amber vs. branded.me.

The Gary Busey video for those who are dying to see it:

Ryan’s carefully crafted email was able to stand out and appeal to her ridiculous side, and resulted in a conversation that likely wouldn’t have happened for a long time, if at all. He become likable and relatable to her, making him different from the sea of similarly written emails, which brings into focus another reason to use humor.

Fundamentally, we want to stay connected to people, ones we like even more so. When it comes to saying “no” we may feel confident that we can, but when face to face or in a personal email, an awkward/emotional guilt tends to overcome us making it hard to. It’s also hard to dislike the funny guy, their light hearted humorous nature is infectious causing you to want to be liked by them too.

When it comes to making a good first impression, humor is a universal language that can woo anyone. It’s much easier to focus on a relationship first when you lead with humor. A joke can cause a common bond that doesn’t relate to your business, and a lifelong customer that carries over from company to company no matter where they go. This relationship can change a “thanks, but it’s a no for now” to “where do I sign?”

This post first appeared on our Medium Publication.o? Well, Amber responded with this: 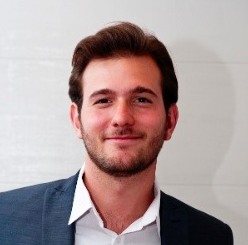 Loopio is a Toronto-based software company that makes responding to Requests for Proposals (RFPs) a lot easier! We help companies across different industries collaborate more intelligently on a platform that honours simplicity and an exceptional user experience. Please reach out if you want to learn more

The Mighty Triangle of Influence →