Why You Need A Personal Sales Pitch Video

See all
See all
In the business world, we see startups make great explainer videos, explaining and pitching their product. While many of these points will be using business explainer videos to prove the title of this post, this is actually about why you should make a video that is from you. 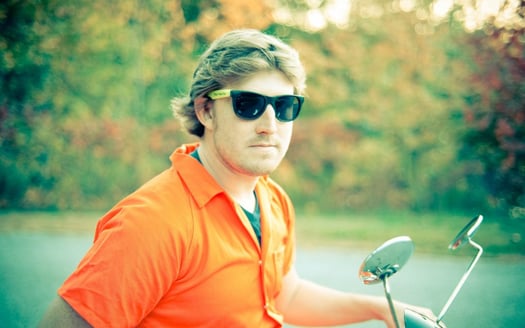 Here’s why you should make a personal sales pitch video.

Reason #1: Videos are an easier medium to entertain a prospect

The classic example that everyone brings up is Dollar Shave Club’s launch video.

A viral success with millions of views, DollarShaveClub’s witty and rule breaking launch video is a delight!

With video, you can use images, funny dialog, music, and more in a shorter period of time than it takes to write an email when pitching.

Reason #2: Showing a customer a feature is better than telling them about it.

Many companies outsource video, including the writing, editing, and acting, and many of these firms are awesome. One of my personal favorite places to look for inspiration is the creative at Sandwich Video. 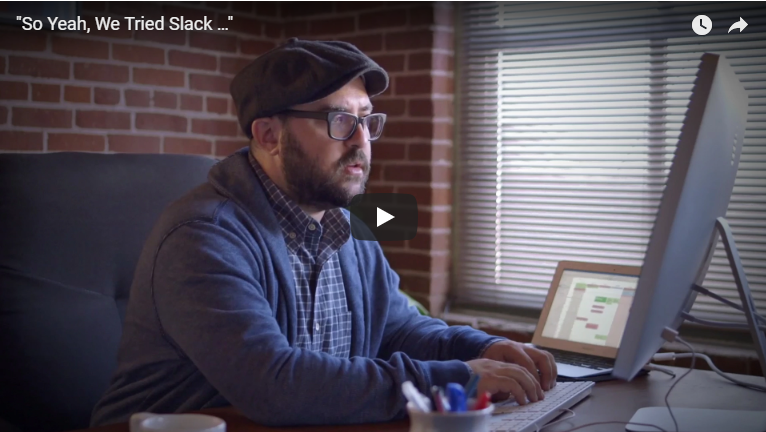 Slack’s launch video was made by the crew at Sandwich Video. It explains the product, shows features off, and pitches companies why they should use Slack.

You get what you pay for, working with one of these fantastic firms, but for a sales team, or one person startup, it can be a little expensive.

What’s great about their videos though is how easy it is to show features, and frame those solutions around a problem. While you can write these things in words, using actual screenshots and visuals is much easier to process, and you can approach your customer’s problems head on in the video.

Reason #3: It’s easier to make video now than it was just 5 years ago.

When I was young, I was into filmmaking. Circa 2003–2008, it was very hard to make something that looked good without a kickass computer, a nice camcorder, and a decent budget. Rendering these things took hours. 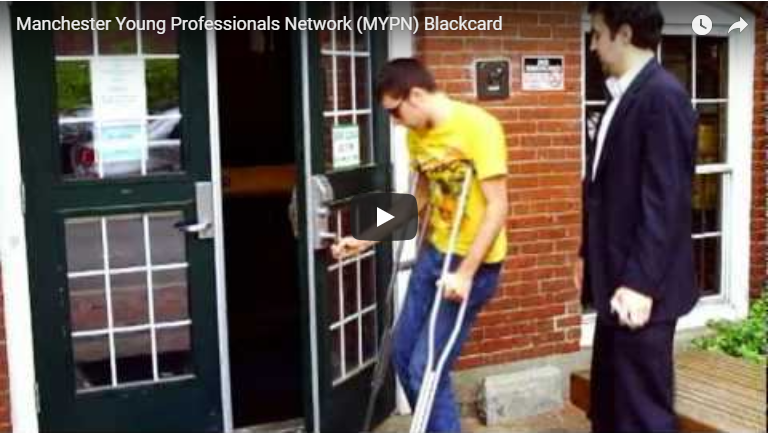 This was a video Joe Madden and I made pitching the MYNP’s discount card, The Blackcard. This was made circa 2008, with a cheap Sony Camera, and edited on a student edition of Adobe Premiere Pro. It looks awful now.

There is good news though sales teams: technology has improved!

With smartphones, improved cameras and web cams, and free software, editing and making decent videos is now easier than ever. iMovie is free on iPhones and Macs. There a several free editing platforms out there, and you an even trial Adobe Premiere Pro to put a video together. There are plenty of great YouTube videos that explain how to edit with all these different editors.

After seeing all these explainer videos, I had an idea.

What if I made a pitch video just for prospecting?

…so one Saturday morning, I woke up, and tried something ambitious.

I thought through how I’d explain LeadIQ to most prospects, how I’d prove it solved a problem for me personally, and how I could entertain them.

After cranking through a script in about 20 minutes (I mean we all write sales emails everyday, so this should be natural), I recorded a voiceover using my bluetooth headset.

I then opened up iMovie, grabbed random pictures on my computer, added music and put together a nice quick explainer video about LeadIQ. 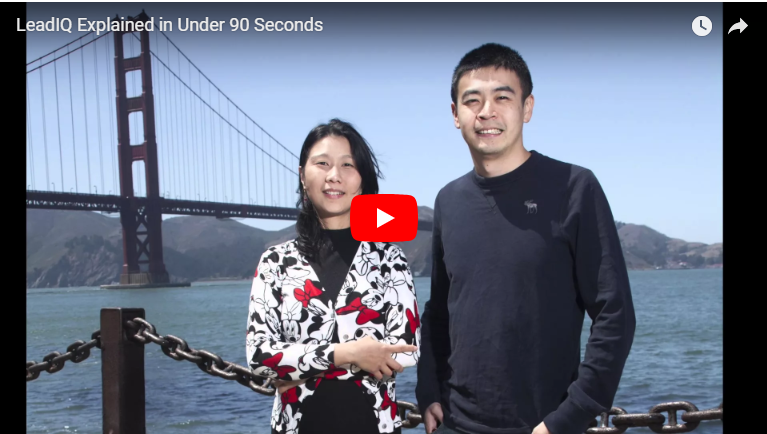 This took me about 2 hours to make on a Saturday morning.

Posting a video that focused my personal story, and the company helped me promote my new gig at LeadIQ to my network. It poured over 10 inbound opportunities from Linkedin, Twitter, and even Facebook.

An inbound message on Facebook from a friend I had no idea was working at a new company.

Making a video that’s not just pitching your company, but also involves you makes it more natural to promote on social media, and it will produce more inbound opportunities from your network.

We’ve written about not talking about yourself in cold emails, and using your signature for that. Well it turns out, putting my video in my email signature has been fantastic for prospecting.

First off, if your prospect uses Google Apps or Gmail, they actually provide a preview of the video in your signature.

This is what my email looks like in Google Apps or Gmail. Google shows a preview of the YouTube link, baiting more clicks.

Next, it allows me to get real quick analytics on how many prospects watch my video.

Click tracking is great, but unless you setup your own domain tracking, it can send prospecting emails right into your prospects’ spam folders.

The fact that this video has 332 views and I’ve mainly only used it for prospecting tells me prospects are watching it.

I probably only reach out to roughly 20 people a day because of my other responsibilities at the company. For being a quick little thing in the signature, these views are fantastic.

YouTube also autoplays similar videos now, so if I have my video mention and share keywords with my product (LeadIQ), it’ll take them to more product videos we’ve put on YouTube.

Lastly, and most importantly, having a video in my signature allows me to show our value, hit problems they may have, and introduce them to my personality.

You don’t know how many prospects compliment my video right away when we first start our phone call. My first sentence is usually, “So you wanted to talk…tell me why?” and they almost always compliment the video.

This is why you should try and make a real quick pitch video. Keep it under 90 seconds, make sure you change shots often, and show some personality.

← How To Build A Lead List Faster Than Sonic the Hedgehog