The Four Skills of a Master Communicator

The Four Skills of a Master Communicator Listen

Stop! Don’t open your mouth. Steven Covey said it best, “Seek first to be understand, then be understood”. Before you open your mouth, you don’t need to do anything except understand what the other person is saying. Easy, right? Listening is becoming a tougher and tougher skill as our lives become not only busier, but inundated by more messages every day. The one who listens will have an advantage over most.

Listening allows you to get to know someone, understand their motivations, and of course what they’re currently trying to convey to you, whether it’s an item on a project that needs to get done, etc.

“Seek first to be understand, then be understood”.- Steven Convey

If you’re trying to sell something, you’ll sell it better, the more you know about the prospect. You’ll be better at hiring someone if you’re better at listening to their needs in a job. Did you know that conveying to someone that you’ve listened to them makes them like you more?

You can get good at listening by meditating, counting to 10, and making it a habit to repeat back to people what they’ve just told you.

No one wants the whole enchilada. They want the short, sweet, concise, tl;dr version so they can quickly get on with their day. Crystalizing doesn’t always mean short, though; it could also mean you’re tailoring it to the audience.

When you crystalize your thoughts, you are not only doing that person a favor, you’re doing yourself a favor. By doing so, you understand what you’re trying to convey better, and you’ll make it easier for that person to comprehend.

A couple of ways you can crystalize include the following.

1) Listen and understand your audience, and then think of the best way to deliver the message to them based on what you know about them.

If you’re meeting with someone for the first time, see if there are any YouTube videos about them so you can pick up their communication style.

2) Deliver your message in an essay format. This is generally starting from a high-level, then going into statements, examples and evidence, then concluding with a bit of repetition.

Crystalizing applies to talking, giving a speech, emailing and many other forms of communication. ABC! Always be crystalizing!

Some easy ways to hold attention include pauses (if talking), or text styling if emailing. It could also be using attention-getting words such asconcern or fabulous and using the active voice, rather than the passive voice. This applies to writing and speaking to others. Humor is of course great.

There are many books out there on how to be humorous. Try figuring out your own style of humor, there’s no specific humor that’s best, although do be careful not to offend your audience!

Humor can help other engage anyone.

Engagement can also be created by modulating your voice tone, being more animated with gestures, and being passionate. One interesting test was done with interviewees in which they sat back like a boss in a chair before interviews and it changed their emotional state to more strong and positive. Try that before stepping into a meeting or writing your next email!

I heard of someone who committed suicide and if only his friends were brave enough to overstep their ‘bounds’ and tell him to get help, they could’ve saved his life. It takes some guts, but it also takes some emotional intelligence to deliver feedback effectively.

This way the recipient knows what to work on, but is left with a good comment at the end. If you succeed at giving someone feedback, you might just save their life. Make it a habit to listen to your surroundings, then identify when feedback should be given. Layering on to that, you should deliver a crystalized, engaging message to the recipient.

After starting numerous businesses, working with many people, talking to thousands of prospects, doing Toastmasters for 3 years, and MC-ing large events, I have come to the conclusion that these are the top 4 skills you need to master to become a great communicator.

Work on these skills with your friends, family, coworkers, and as the days go on, you’ll be able to effectively deliver your message, whether it’s through email, text message, emojis, speeches, phone calls or meetings. I hope you enjoyed this, and please share! 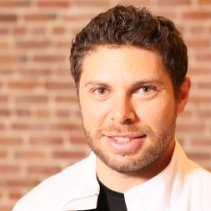 Cole Fox has spent the past 6 years learning B2B sales hacks. From being an early sales rep at LinkedIn, to working various startups, to building one of the largest hackathons in the Bay Area, Cole is always learning and trying new ways to maximize his sales process. You can reach Cole by emailing him Cole@Leadiq.Com

← How will the GDPR impact your outbound sales program

What Cornea Transplants Taught Me About Sales. →