I get a lot folks always asking where does LeadIQ get their data? We do provide an array of cell phones, direct dials, email addresses, and company data. I can’t give you all the secrets we use, but I can go into it a little bit. Here’s a quick video discussing a few examples of the different things LeadIQ does to find your prospects:

Large markets might sound like a prospector’s dream, but in reality they often cause even the best to freeze up. That’s because of a little something called decision fatigue: when there are simply too many choices, we become overwhelmed and can’t make a decision.

It’s not just a fancy psychology term or something you encounter when your addressable market is too large. Every time you step into a Starbucks and stammer over the menu or spend an entire movie’s length of time just flipping through all the blockbusters on Netflix without actually watching anything, you’re suffering from it.

When it comes to prospecting, there are a few things you can do to battle this paralysis, like building a persona or aligning more tightly with the vertical or industry you’re targeting. But one of the best ways to shake it off is by using trigger events to narrow things down.

What are trigger events?

Trigger events are anything that shows you when the best time is to reach out to a prospect. They can help you narrow down a seemingly never-ending list of prospects to the ones that are most likely to be receptive to your pitch right now.

Almost anything can be a trigger event, as long as it is relevant to your prospects and your market. Among 30 common trigger events, for example, are things like company expansion and relocation, a competitor’s product or service announcement, and new industry legislation. These can all affect your prospects and make them more or less likely to buy from you.

Want to know exactly how effective trigger events can be when it comes to prospecting? Here are three that I use all the time in my own prospecting.

You might be surprised at the number of signals your prospects are sending right now, and this is one of the best. I set up a trigger event to alert me any time a prospect shares news that is relevant to my industry.

This allows me to reach out at the exact right moment when my industry is top-of-mind. In any given day, I know my prospects are thinking about hundreds of different topics, so reaching them when they’re thinking about my space makes it easier for them to say yes to a meeting or demo. These are the prospects that jump up to the top of my queue, because they are sending signals that they’re ready to talk. 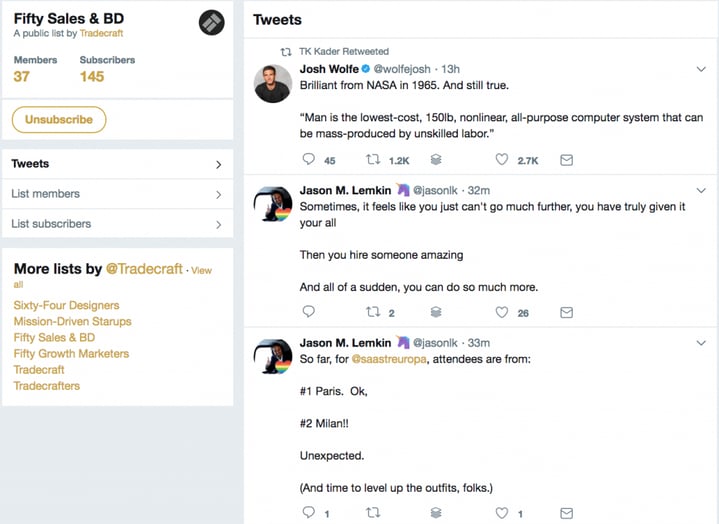 You can track your target accounts industry news via making a Twitter lists of influencers in your industry.

Another strong signal that I use every day is job changes. This trigger tells me which of my current contacts got promoted, changed to a new company, or which new prospects recently moved into a decision-making role.

To leverage this information, I send out emails that highlight how my product can help them make a positive impact in their own workplace. By reacting quickly to their change in role, I can become the vendor that really puts the feather in their cap.

One of the most useful trigger events for getting an edge on the competition is the one that actually pays attention to what the competition is up to. I set up triggers that serve up prospects who have recently engaged with my biggest competitors. I know that these prospects are interested in my industry, and likely pretty close to making a purchase if they’re actively reaching out to the competition. Or, maybe they are having problems with their current vendor, and they’re taking to social media to contact a competitor’s customer support. In either situation, they’re primed for me to jump in.

In this case, I don’t like to be overly sales-y. No one wants to think they’re being spied on. Instead, I send a soft email that just happens to point out the pain points that my product solves – and that the competitor’s doesn’t. That’s usually enough to open the door to a bigger conversation.

Learn to Trust the Process

When a market is too large, you run the risk of being overwhelmed and getting nowhere with your prospecting. Days slip away with little to show for any effort you might be putting in.

When you set up the right trigger events, you’re setting yourself up for success – if you can trust the process. Just like NBA All-Star Joel Embiid keeps reminding us, getting better results (whether that’s building a rockstar NBA career or a killer outbound sales program) is all about trusting that you’re on the right path. You will get there.

When prospecting, it’s the little, daily actions that lead to the biggest payoff. Trust that the 20 trigger events you’ve set up will pick up on the best 5 prospects out there, and that you’re better off with this small, targeted group than the deceptive “blue sky” of a massive market. Trust that process, and you’ll find success. 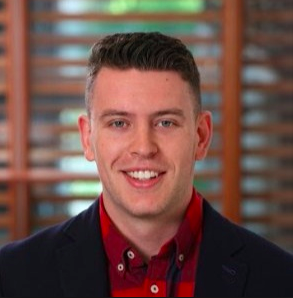 Alex is the Growth Manager and office puppy dad at LeadSift. He is passionate about all things start-up, business development, and sports. You can connect with Alex

← How to Identify your Teams Most Effective Prospectors

Why Sales Reps Should Stop Introducing Yourself in Cold Emails →