How Your Team Can Get Double Digit Reply Rates

See all
See all
We tend to always put so much pressure on ourselves during the first day of school. When I was asked to join Ryan at University of New Hampshire for a talk. I freaked out, I had so many questions: 1. Will I fit in? 2. Is Katy Perry still a thing? 3. Do they know who Snoop Dogg is? 4. How do the kids dress now? All these questions had nothing to do with the fact we were going there to teach. Also, I am at least 7 years older than all those kids. Why am I so needy for acceptance? I realized in that moment, we always tend to fall back into our old habits.

It’s so interesting how people love to cram everything about themselves in one shot, email after email. Each one looking as if they were all asked to send in their memoirs. I’m positive one of the students spoke about her wisdom teeth being removed and how that’s made her a better person. What?! That’s crazy! I understand you are trying to sell yourself, but the point of your first cold email is to not sell your product. It’s to get a response, get a conversation started.

We went through a few of the students emails, and discussed the issues. 90% of all those emails were too long, they were at least 3-4 lengthy paragraphs, but to their credit majority of the business world writes like they do.

We live in this bubble we tend to forget people really do not care for us as much we would like them to. They just want to see quick samples from everyone. Think of a cold email like food samples at the mall, the idea of the sample is to give you a small taste for what is about to come at you if you bought that meal. 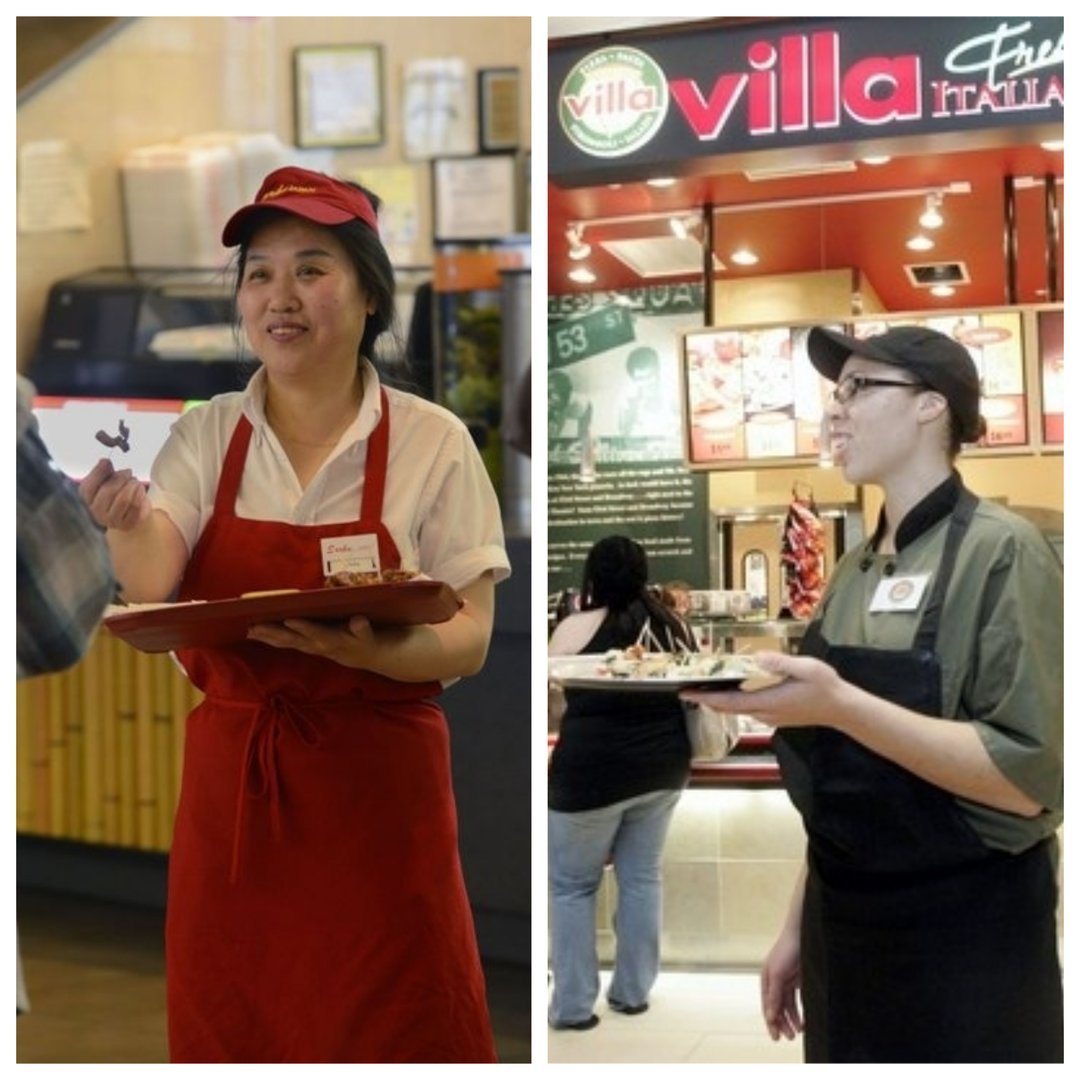 The idea is to wet your appetite, or as the french say “amuse bouche”. Yes! I can write in french, with google translate I am able to write anything in any language.

What blows my mind is most people don’t realize and what Ryan pointed out was “most people read their emails on their phone.” So you basically have the entire length of a phone screen to grab someone's attention. That’s crazy short, you’re better off typing your email in an Instagram post or twitter. But that’s the world we live in, ask yourself what would you rather answer? 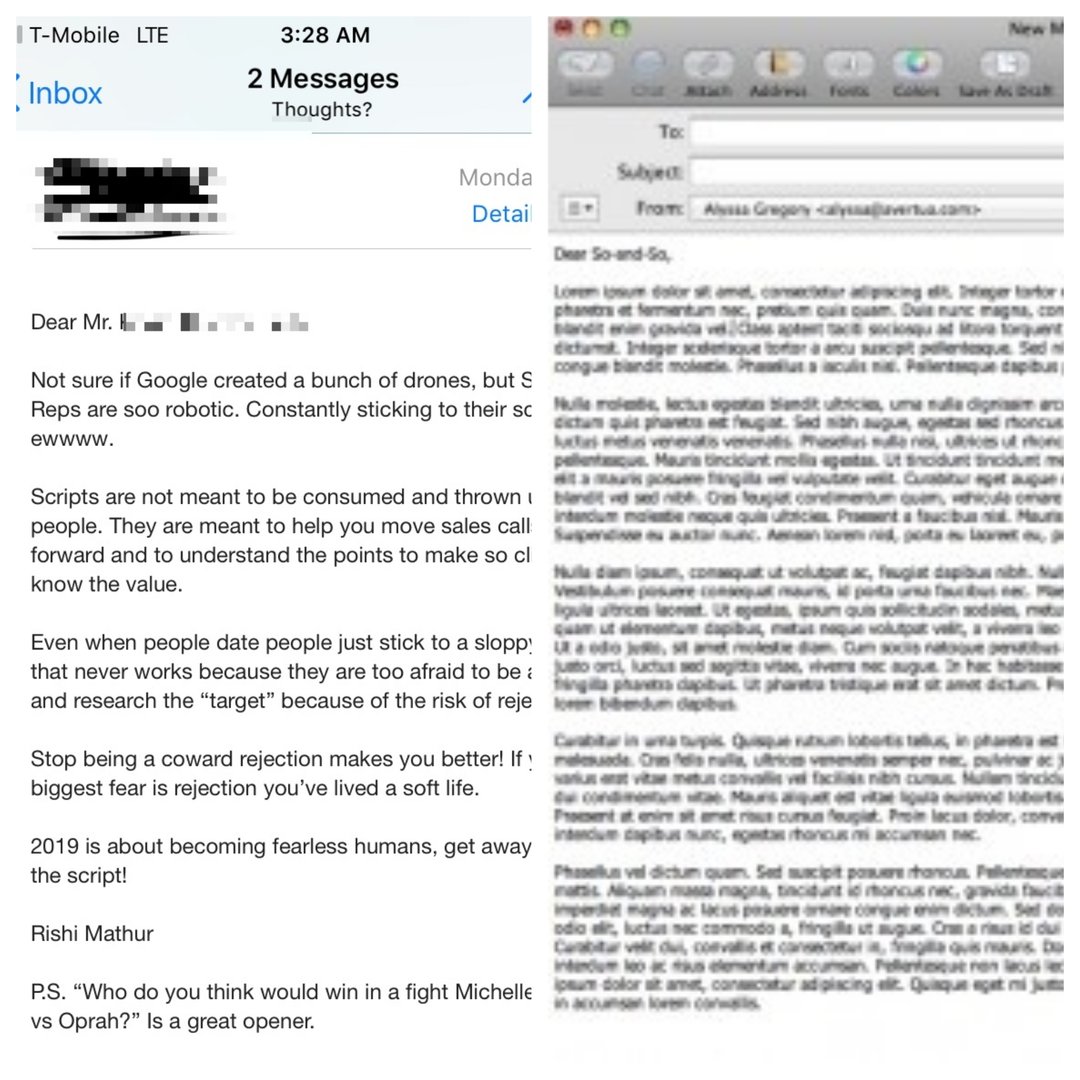 The shorter the better, another few points Ryan had on their cold emails was to cut out the fat. Even in our everyday lives we have so much fat to cut out, conversationally speaking.

When you write an email most of the time it does not makes sense to introduce yourself. You have all your name and information below, that’s like when that random guy on Facebook reaches out and introduces himself you know there is something off about that. 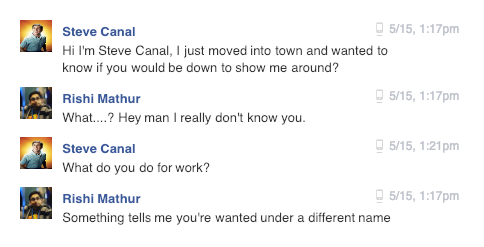 Also, most of the emails didn’t have any personalization, these students made the same mistake most professionals make their emails were all about them and what they can do. It was a “ME...Me...Me” email. Which made their emails unbearable to read, as tough as that was to say it’s true. But even after all that. The last crucial misstep a lot of these students and many sales reps make would be their call to action at the end of each email. Each and every one of the emails we critiqued had a weak call to action.

“If you had some time would love to speak with you hopefully next week about using my services.”

Saying statements like “would love to…” or “If you get a chance” … or even “If you had some time next week, would love to…” All of these sell underconfidence and gives the person an out of the conversation.

These stats are crazy low, 3.5% means every 100 people you target you are only hearing back from 4. Out of those 4 how many will actually close?

“I’m sorry we really aren’t interested at this moment.”

Also, if you speak with a lot of reps they would say sometimes luck plays a huge factor. Luck?! Luck isn’t for cold calling or emailing, that’s a lot of people's livelihood. Might as well just play the lottery or go to Bingo Night at Dover Bowl, at least those are more fun.

In this day and age there are thousands of companies in the field who are all doing the same thing as you and prospecting the same companies as you are. So to go in with the same tired script every single day, to every single person, doesn’t separate you from your competition.

Think about it? Most of your clients inboxes: 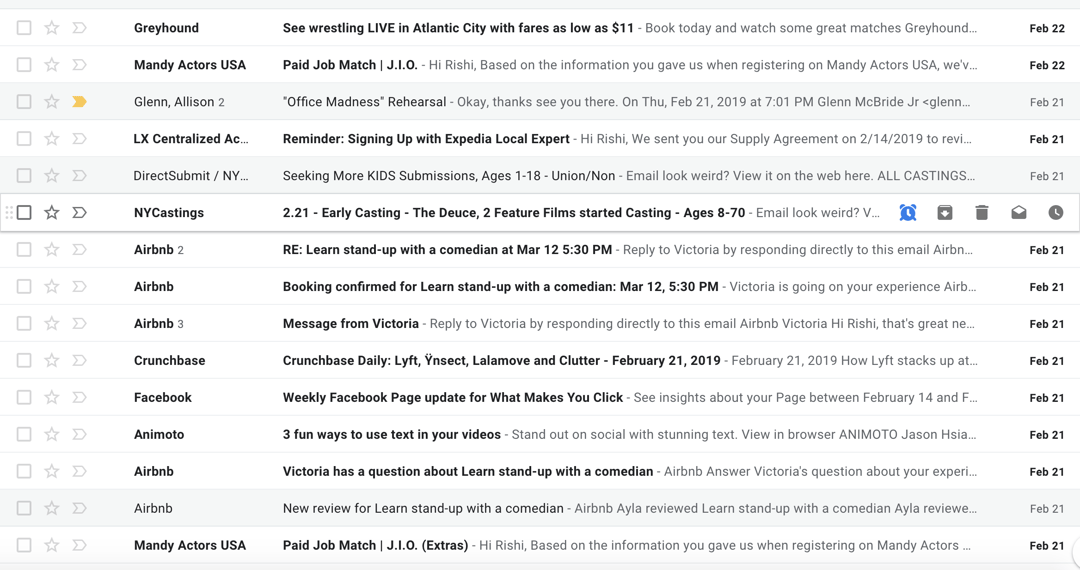 When you start to target your prospective client try to figure out ways for you to stand out.

Right now you must be thinking, me? I need to be creative, I’m not really the creative type! As your head slams on your desk.

But it’s really not about being that creative or even that special, let's be honest we really aren’t special from one another.

Those that are really special are super weird. Think about it, any kid you have ever met that was slightly different, like that kid who played magic during gym class, was weird.

But think if everyone is sending the same tired script and acts like Beaker from the muppets, basically just talking about how they can benefit the client. How will you stand out?

These are a few ways, but the most important ways in which we can separate ourselves.

A lot of times we forget, that we shouldn’t constantly speak about ourselves. But it’s in our DNA at this point to just keep speaking about how great we are to one another gets really boring.

Which is why dating is so hard everyone just speaks of themselves as either Martin Luther King or as Larry David.

But since we are all this way, personalizing is a good way to exploit this minor glitch in our system. If we keep focus on the other person and discuss how great they are, we have a higher chance of getting faster responses.

“So what’s the first step to personalization?”

First step is to look up your target client everywhere, I mean if you haven’t seen the show “You” on Netflix, you need to watch asap.

Not to that extreme, but you need to, in 5 minutes, find out as much as you can going through their LinkedIn, Twitter, Facebook, Instagram, websites, etc. See what they like, what they talk about, etc. Then use that to format your email.

For example, back in 2015 Hasan Minhaj was working for The Daily Show. Now he wasn’t the household name he is today... by household I mean he’s known all across the country, where ever they have massive Asian populations. But at that time, he was still very busy…

Before I wrote my email, I did the research. At the time he just finished creating his play which is now a Netflix special called ‘Homecoming King’. So I went to go watch it and then came back and sent him an email praising his show. Within minutes Hasan wrote back and we were able to shoot the interview.

What Does My Cold Email Need To Address?:

Now once you have understood, their likes and dislikes, before you begin to write the email you need to ask yourself four questions:

Show Me Who You Are:

Now as you begin to write your email, think about who you are. Basically, identify who you are and figure out what is your brand archetype.

When you write your email you want to be writing from that perspective. This will give you a clear voice and more importantly separate you from everyone else. In each of your emails you want to showcase your own personality.

People should have a clear understanding who they are talking to before they even jump on a phone with you.

This can stem from everything about the email, not just the email itself.

For example, your subject line. Instead of writing, “Would Love To Connect” you could write “I cried at Starbucks by myself” or even “I made this video about best taxidermy practices for you”. 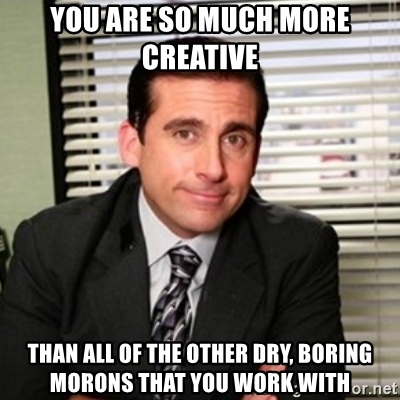 Depending on your personality, the sky's the limit you just want the subject to be fun and engaging. Think about all the emails you prioritize on top, what do they all have in common? Also, instead of sending just generic emails. You can also be creative in your emails such as: 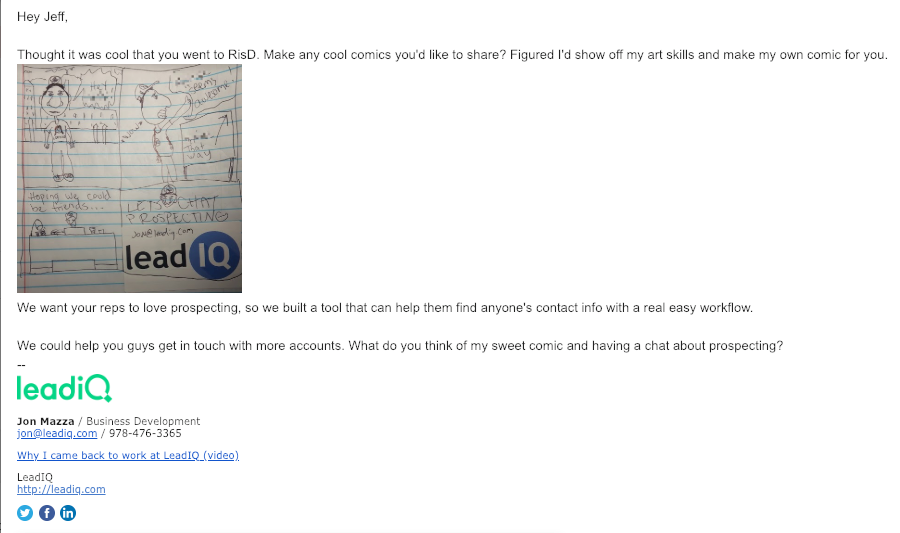 Ready For The Dismount:

Finally, your close is the most important sentence in your email. This is your 'Call To Action' it encapsulates exactly why you reached out to this individual.

Don’t be weak, the close needs to be strong and remember to always assume the sale, so make sure every word is a strong word. A weak call to action, is like when a gymnast tries to dismount only to fall flat on their face.

Exuding confidence is the key here, you want to struct like a peacock. Make sure they know exactly the point you want them to take away and never use words like "if" and "would love", makes you seem weak. You need to use declaritive statements and try not to give them options.

"Here's some times we're available for an initial meeting"

"Let’s hop on a call to share how you’d like to see your team be more effective with X and learn more about how we can help. Does Thursday February 28th at 2 pm EST work or would the next week work better?"

"What’s the best way to get on your calendar?"

If you want to give options, it should only be for when they would like to speak. Even then provide some dates and times. The close is the part where even a great email can lose the sale, most sales reps in emails tend to be weak in their ask. This allows the client the option to retreat. It also shows your lack of confidence, and no one wants to deal with that. 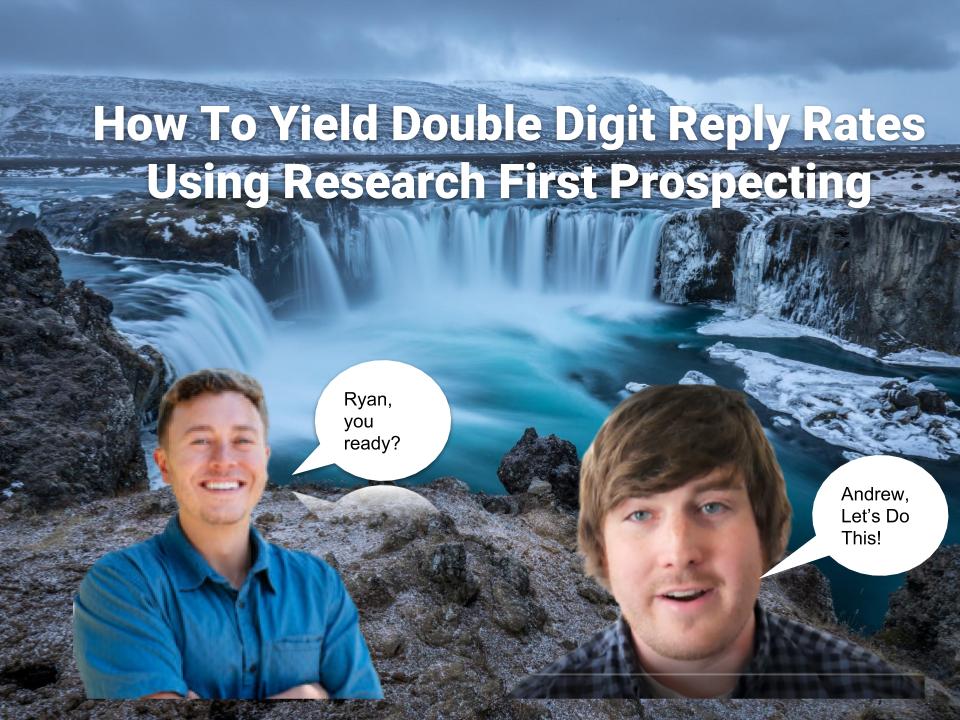 ## SIGN UP TO LEARN HOW TO GET DOUBLE DIGIT REPLY RATES 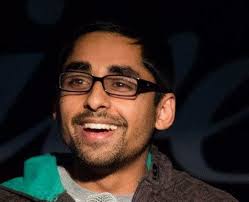 ← How To Organize A Successful Event

What Metrics Every Sales Development Manager Should Be Measuring →