How To Brand Yourself As Rebel Brand

See all
See all
So you’ve probably at this point heard me talk about how brand archetypes can make it easier to build your brand online, how you can pull off a “Ruler” brand, and how Taylor Swift has built her empire being a “Lover” brand. Today I thought I’d show you how to brand yourself as rebel to build up your social brand

Feelings can be such a powerful tool with archetypes. Remember we all are these 12 archetypes. We need to take advantage

Using the archetypes as an identity and resonating with feelings is another reason this works well.

Let’s look at another example.

Do you ever get pumped when someone calls you are a badass? Come on now! Everyone does.

A post from Abhiram Annangi fits with Oracle’s brand of teaching people.

The way they frame products and value proposition is delivered all around intelligence.

One of the most well known rebel brands is Harley Davidson

Archetypes can be used to help someone relate to you individually. We all want to feel like we are sticking it to the man at different points.

You need an outlet, and consuming people, posts, products, and services can be part of that outlet. That’s what makes this framework so powerful. All of the archetypes have certain feelings that resonate with customers, and gives brands a life and personality of their own.

If I asked you to name 5 ways that Apple and Harley Davidson are similar, it’d probably be hard to make a list. One thing they do share however is a group of super passionate and loyal customers.

I’ve read a lot about brand archetypes, and see Apple used as a brand example for a few archetypes. However, in my opinion, I think Apple’s foundational brand efforts were built as a Rebel brand, especially in the late 1990s and early 2000s. 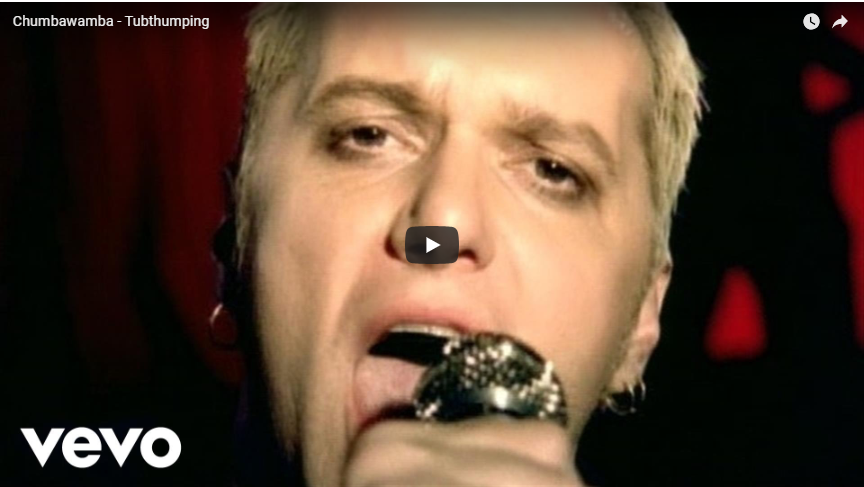 The year was 1997, and Steve Jobs had just returned to Apple as Interim CEO. Since Jobs had left, Apple had lost a ton of market share to hardware rival IBM, and was battling for software market share with Microsoft.

IBM’s first slogan even when the company formed in 1911 was “Think.”

Apple discovered that the few loyalists who were staying on Apple products despite the company’s struggles over the past decade were passionate about Apple because it went against the status quo of using a PC.

It’s hard not to think about this well known photo of Steve Jobs flipping off an IBM sign from the 80s:

Do you think photo leaked eventually on purpose? I do.

With the help of ad agency, TBWA\Chiat\Day, Apple launched a new campaign following the rebel archetype. Stacking up against IBM’s original slogan.

Apple’s big campaign from 1997-2002 appealed to our internal tendency to support counter culture. The tagline technically broke a grammar rule since “think” is a verb, the tagline should have been “Think Differently.”

The concept wasn’t a homerun, but it started a foundation behind a rebrand that would help rebuild Apple’s market share. That foundation was built on feelings of their customers.

As you can see, didn’t surge up immediately, but getting Apple to refocus on it’s rebel brand again produced sustained success over the past decade.

People started buying Apple’s products as a way to challenge the status quo. Apple customers had a sense of entitlement for going against the grain.

This rule breaking nature eventually evolved into a core part of Apple’s brand foundation. Apple started removing buttons off phones, allowing people to download music/movies off the internet legally without a hard copy for the first time, and making computers that weren’t just gray or black. Their brand stemmed and drove product development, wrapped around counter culture.

“The files are in the computer!!! During Apple’s Think Different campaign, they launched personal computers that were colored and stylish. A different look compared to when computers were all gray and eggshell white. People chose them over other computer makers for being different.

Harley Davidson and Apple are both huge, and have a massive amount of money to build their brands out. As an individual, your budget is going to be limited obviously.

Pulling off the “rebel” brand as an individual.

Bray is constantly pushing content online that goes against the grain. Whether it’s in his books, his videos, or his talks at conferences, Bray is willing to say unpopular things that he believes, and he’s not afraid to put them front and center, no matter the consequences. This is a core part of the rebel brand, and people feel it.

Cory Bray (center) isn’t afraid to go against the grain to win new business and build his brand.

For many years, Bray grew out his hair to shoulder length, sporting the Wayne Campbell from Wayne’s World look. Bray is a sales badass, and it’s a big part of his brand.

He’s always challenging other sales influencers and leaders, and giving controversial opinions. Here’s an example of a rebel social post Cory did at a conference a few months back that blew up on LinkedIn:

Cory Bray has built a great personal brand challenging the status quo, and taking risks. He’s handsomely rewarded for it with a huge amount of engagements on many of his social posts, lots of readers for his books, and many customers flocking to his company, CloseLoop.

If you pick a rebel brand, you’re cold emails and cold calls need to focus on changing the rules, and getting your prospects to join you in a personal movement to stick it to the man. Prospects should feel badass working with you.

← How to Brand Yourself As the Smartest Person in the Room