Cold Calling vs Cold Emailing: Why You Should Start With Cold Emails

Today I want to talk about cold calling vs. cold emailing. What I’m about to say isn’t going to make me the most popular guy in the prospecting space. If you read any other sales blogs, books, or listen to sales prospects, you’re going to hate this. I’m just going to say it…here it is.

You should start all your cold prospecting with an email. 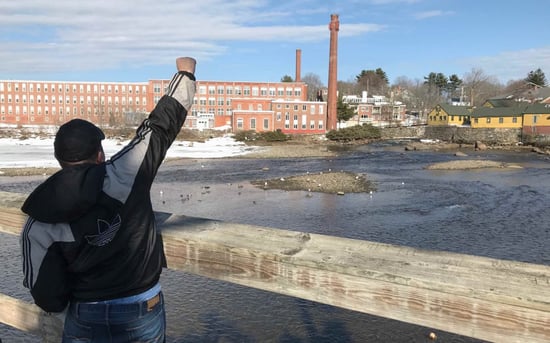 I know this isn’t a popular opinion, but I thought I’d use logic, some examples, and a few data points to prove my point.

5 Reasons you Should Start with Cold Emails:

Even if you are using tools that auto leaves voicemails, and hangup on non-answers, it doesn’t ignore the fact more and more teams are moving away from desk phones. At our company for example, if you look at all our reps desk, we don’t even have hardware. 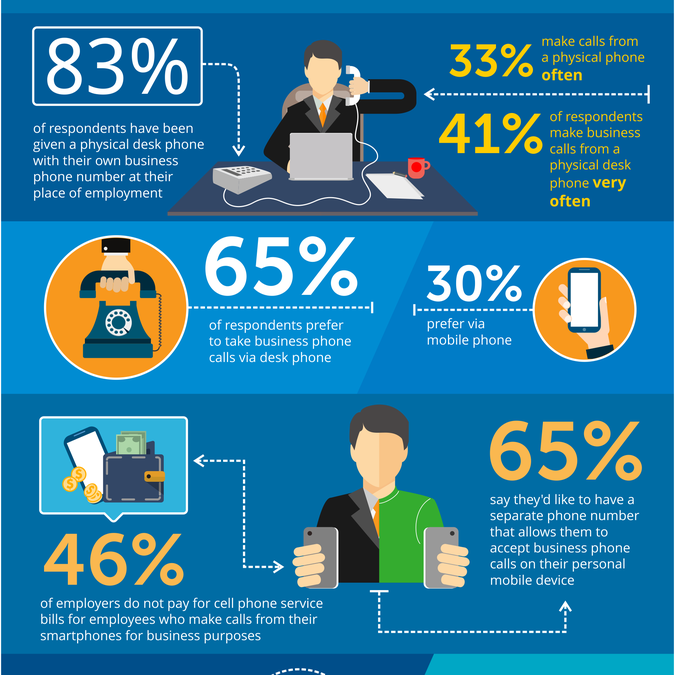 Mobile numbers are even tougher to get. Nextiva estimates that only 59% of employees use their desk phones every single day. (And 22% never use one at all).

We have the good fortune here of selling to sales teams, meaning that number is higher for us. Your industry you target may not even be close to that 83% number.

So, how’s this help my case for starting with email?

Let me pose this question: How many people at a company with actual buying power have an email address they check daily?

With exception of jobs that involve working in a field, like construction, trades, or lab work, figures in 2008 estimated from Pew that 89% of workers have a work email. Imagine what that number is now in 2017. 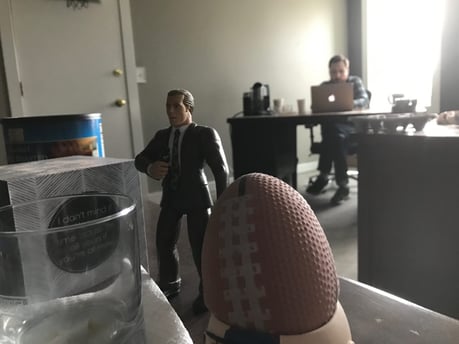 Drew Healey, one of our prospecting guys has a figure of Shaun Michaels on his desk, but no phone.

Your Prospects Spend More Time in Their Inbox

Last year, it was estimated the US workforce spends 6.3 hours a day in their inbox. Keeping a clean inbox is a big part of staying organized.

What this means is it creates a phenomenon where people use their inbox for task management. They keep emails unread until a task is done vs. working off phone calls.

Calls are disorganized, and the goal of a call is to get someone to agree to formally talk to you over a planned meeting. After they agree, the next step is sending them a great cold email.

Having an email can easily prompt someone into a project. There is a reason lead forms exists as opposed to giant buttons that just call right into a sales team. People want to organize things over email.

I probably log into my software phone once a week and check voicemails. When I get an unscheduled phone call from a prospector, I don’t answer. I don’t have time to answer.

While writing this blog post, I’ve been called twice by two different sales reps. They aren’t doing anything wrong, but I live in my inbox. Data shows your prospects do too.

If Sales Really is a Numbers Game, Email Wins

I’m not going as far to say cold calling is a waste of time, in fact, I think cold calling can work better as a compliment to email. However, the data out there isn’t great.

Hubspot estimated that 1% of cold calls will actually convert into appointments.

I dove into some call metrics at a few outside sales organizations with well over 30+ reps, and many organizations aim to make an average 80+ calls per day.

Once those 3/4 other conversations have happened however, more often than not, you blew your chance to sell to that prospect. You got your elevator pitch out the door, and now have to deal with the fact that didn’t convert.

On average, 40% of those appointments set over the phone will no show the day of the scheduled appointment.

We believe the best sales organizations that we run into that use LeadIQ are working off an account based model. This means reaching to less accounts, getting deeper entrenched with an account, and touching them through multiple channels.

Let’s see how those numbers stack up with cold emailing.

A little disclaimer here: I’m not trying to brag here, but I’m very good at email prospecting. Our blog has a ton of content on email prospecting, where I try to share how I get such high reply rates.

I’m on the higher end for data, but let’s compare one day of prospecting for me vs. those metrics I shared with cold calling. Yesterday I spent most of my day prospecting, being very personalized with my email outreach. I was very selective with what accounts I go after.

These are my stats from yesterday sending cold emails to 16 people. 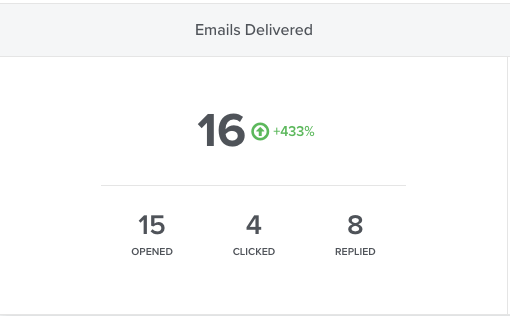 According to my numbers in SalesLoft, yesterday I was able to get a 50% reply rate over email.

Without sharing the opportunities numbers yet, you can already see the cracks leading with cold calling.

You can see that I sent 16 cold emails. 93% (15/16) of my emails were opened, which means I already made more impressions than the 4 human conversations a cold caller has touching 80 accounts.

My 50% reply rate is almost unheard of. I know this number is fantastic, but on the lower end, teams that write good personalized prospecting emails should see at least a 20-30% reply rate over email.

Let’s pretend I yielded an average 25% reply rate, 4/16 emails generated 4 replies. That is already equal to 4 conversations I had with the 80 phone calls a rival rep just made. Now the big juicy reveal. How many meetings did I set?

Yesterday, 16 emails that went out produced 5 opportunities, and 4 introductions to the right people (so far). That’s a 31% opportunity rate per account I reached out to.

That means email beat out cold calling by 31x on the opportunity rate! 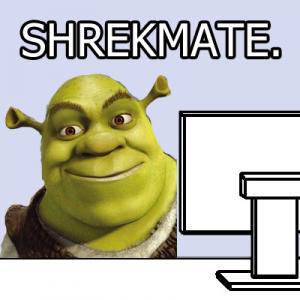 Shrekmate is the worst kind of checkmate.

I know a reply doesn’t give you the same insight as a cold conversation, but my next point actually segues perfectly.

Think about it like this. The second that someone gets on the phone with you, they are thinking of how to get you off the phone as soon as possible.

With email, the reason people respond to you is because you did something that made them like you or your company, or they want you to stop reaching out to them.

Here’s the good news. You now have a minute to breathe and think about how you’re going to respond vs. trying to bullshit your way into overturning an objection on the fly over the phone.

This works great for entry-level SDRs and BDRs just trying to figure out all the different objections and how to overturn them. Breathe, think of how you want to respond and then do this:

Pick up the phone.

That’s right! Now is the time to call someone. You have your thoughts together, and you’re prepped to tackle this beast. Rather than write a long reply, see if you can get them on the horn to address their concerns real quick and book a time. You’ll be stunned with the amount of people who answer the phone post reply vs. cold.

This tends to be the best time to call someone.

You can Simply do More with an Email

With email, you can use text, images, links, videos, audio, attachments, files, etc. Sending personalized sales videos is a huge way to differentiate you from another cold email. Anything under the sun is an option with email prospecting to get someone to respond.

You also can CC people you mutually know on a cold email and name drop them. It’s kind of hard to replicate this over a cold call. Sure you say someone’s name, but it isn’t the same a CCing a friend you may have at a company.

You’re not going to have as many creative options to stand out over a phone as you would with email. With calling, I like calling people to see what they thought of my email.

The other day for example, I sent this video to a prospect who owned a Corgi (I have two corgis). This is a funny little video I made editing to Chariots of Fire with Finnegan running toward me. 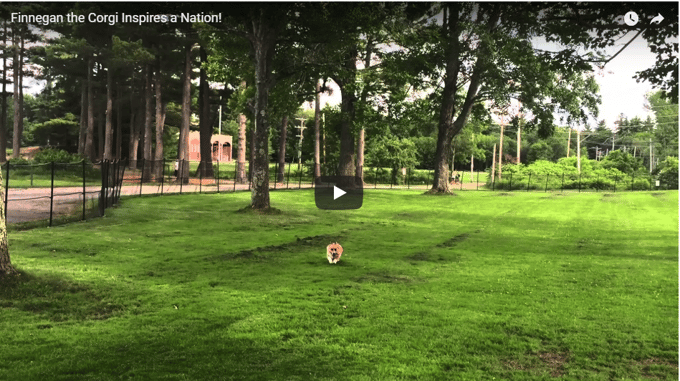 If I called this prospect, numbers show the probability of the prospect answering the phone are low, and bringing up the corgi in a cold call is harder to transition to my product than in an email.

Prospecting should be the funnest part of sales. you can be more creative, use more media, and also get your prospect’s attention more.

The reason so many teams think that cold emailing is ineffective is because they don’t send the right types of cold emails.

← KiteDesk Is Shutting Down What Are Your Options?