Having someone enroll in a trial is a huge step in moving them from a prospect to a customer.

The issue, however, is that most companies flub the trial. 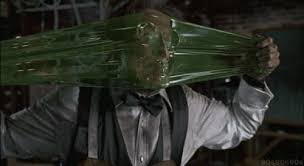 How do they flub it? Simple, they don’t manage the trial.

As someone who offers free trials and someone who has taken full advantage of free trials, one can imagine, I’ve got a thing or two to say about trials.

While this seems pretty straight forward, from my experience this is seldom done.

There are 3 Steps to Running a Successful Trial

We'll go over these steps in detail, but first...

What is the Meaning of the Trial

Most sales reps refer to sales as partnerships and this plays right into a crucial aspect of a prospect’s buyer’s journey; can they trust the company? This is what is lost on ninety percent of all trial providers. Both your product and your prospects will evolve. If a company can’t properly support a trial, how can a prospect expect a company will support them as the product evolves and as their needs evolve?

We in the software industry live in echo chambers where we know all the ins and outs and nuances of our product. We forget that no matter how easy and intuitive our product is, our prospect is laying fresh eyes on it during their trial and will likely make errors we can’t fathom.

Also, more often than not, many companies don’t have a KPI for the number of trials a rep enables. Worse still, oftentimes reps can launch trials willy nilly and without any involvement from anyone else at the company. While this is great that on the one hand as it reduces the barrier to running the trial, it also ensures that the trial will ultimately fail at ensuring the prospect trusts that the company can support them.

In the early days at Duo Security, we offered free trials where prospects could launch and get started with zero sales interactions. Sales reps would cherry-pick the ones from promising prospects and reach out to them.

From my experience, there are three steps to properly kicking off a trial.

Step 1: Properly kick off the trial

In many cases, individuals can have several roles.

In a small company, the Director of Inside Sales may also be the CRM admin as well as the decision-maker for the product. In larger organizations, however, there may be several people determining the value of the trial. For security software, the people implementing will likely be those using the product. For sales enablement products your CRM admin will be setting up the product while  the sales reps use the product during the trial.

So be sure to take the time to identify all the players and know their position. Make no assumptions. A checklist works great in these situations too.

The second step is ensuring that those running point on the technology are completely set up prior to getting anyone else involved. It is an often-quoted SaaS mantra that you never want to run a live demo, so why trust that your trial will run perfectly without any pre-setup?

Following on this point, if the trial involves non-technical people (remember that sales enablement product?), don’t get them involved until you have the technology up and running as near flawlessly as possible.

In a word, never trust that the set up will go straight forward and without issue. Set up some time to for the technical resources on both sides, vendor and prospect, to work with each other and set the provision that no trial will move forward until the software runs as well as it should.

The third and final step in kicking off the trial is making it an event.

More often than not, a trial is kicked off with little fanfare, enthusiasm, and technical support. Why not send some t-shirts, stickers, or something to fire the folks up about the trial. Drop a voice mail to the CEO, CFO, and or VP Sales about the trial.

During my FatStax days, we’d have our founder and CEO, Rusty Bishop drop-off a handwritten letter to the CEO of our target company letting them know we were running a trial and he’d be happy to help to make it successful any way he could.

Seth Weinstock from ConnectAndSell posts on social media accolades from his trials.

Step 2: Make sure the trial is meaningful

Ensuring a trial is meaningful is a double-edged sword.

Think back to the 80s and the Pepsi Challenge.

Pepsi, an up and comer in the soft drink industry, would set up tables and have people sip a sample of Pepsi and CocaCola. The results? More people picked Pepsi. Why? Pepsi was sweeter and in small samples more desirable. However, in a larger sample, say a six or eight-ounce can, the sweetness is painful, therefore CocaCola is the more desirable product. More information can be found in Malcolm Gladwell’s 2005 book, Blink.

Anyone who provides trials must clearly articulate what should be expected in the short and long term of a trial.

In case you missed it, the stage is set for how a trial closes at the start of the trial. Like a platoon trying to take a hill, without guidance, leadership, and specific goal, how will they ever know they’ve obtained victory?

More often than not a trial ends as it began; with little fanfare, a profound whimper, and maybe, just maybe, the sales rep asking, “how’d it go?”

Sometimes, they don’t even ask, they send a weak email meekly asking for the sale.

Trials that are launched without specific goals or direction have little to no chance of achieving them. A rep should know before the trial ends whether or not the trial will result in a sale and to whom to ask for that sale. Further, a trial should be the icing on the cake to closing the deal. 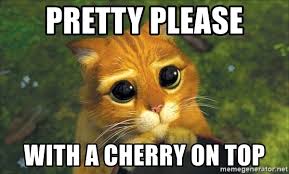 Best practices for closing a trial is to confirm an end of trial meet up where all the people involved in the decision-making process and the end-users who’ve been part of the trial, are brought together for a quick reconnect to discuss the experience and results. This is a critical step.If the prospect can’t commit to bringing that group together after a trial, a trial that will invariably chew up a bunch of their time already, can the seller confidently say that the prospect/prospect’s company is a qualified buyer?

The goal of getting the group together at the end of the trial isn’t to haven them cathect and share their experiences, or personal journey, that would be reactive on the part of the seller and be handing the reigns of the sales process over to the buyer.

Some of the trials I’ve been on the seller asks the room, “ok who here wants it?”. An aggressive move? Yes. Did he get the sale? Of course. He was an expert salesperson and knew the answer before he asked.

As trials are expensive and cumbersome to both the buyer and the seller, the should be treated as such. Ensuring a trial is launched appropriately, the people involved are respected for their time, and the trial set up with targets and goals will ensure that the outcome will come in the seller's favor. 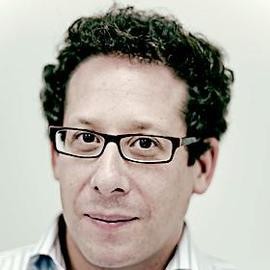 Following an academic career, I moved into business development and has been the critical early sales hire at start-ups that have grown to become global brands in scientific publishing and IT security. I am now the Director of Inside Sales at SkySync, the leader in content migration and synchronization used by some of the largest and most diverse companies in the world. As well, I have started to collate a ton of my thoughts on sales, sales operations, and sales enablement here. Read more of Mark's articles* here, follow him on Twitter, or find how inside sales is made easy. #sales #growthhacking #enterprisesales #prospecting #linkedin *https://www.linkedin.com/in/markshalinsky/detail/recent-activity/posts/

Get the same training SDR's get at LeadIQ... for FREE!

Differentiating YOU from your Competition

← How to Sell to Small Businesses

The Benefits of Having More Than One Data Provider →

Differentiating YOU from your Competition