10 Scenarios Where I Use GIFS while Prospecting

Should I use GIFS in Sales Emails?

Hell yes! Using videos, GIFs and images/screen shots in your email make them stand out.

If all you send is a bunch of text, your prospect is left wondering whether an actual human being sent the email or if it was a bot. Bots don’t have personalities or emotion. Bots are boring. Don’t be boring. Have a personality. Use GIFs!

Not only will you get higher reply rates, but you’ll enjoy your job more too!

Look, someone just posted this on LinkedIn:

Here are the GIFs I use the most frequently. Before each is the context where I use that particular one.

Scenario #1: When a Prospect says to Follow up in a few Months.

Of course most of the time when they say this it’s a blow off so you should try and push back to uncover and overturn the real objection.

But if it’s legit, and they are interested but truly have to wait a couple months or a few months, then you wait until the appropriate time and send them this intro:

Scenario #2: If a Follow up Slips Through the Cracks

Say a prospect told you to follow back up in March but you don’t reach back out until April/May. Or perhaps you did follow up in March like the prospect asked you to, but they didn’t respond and then it’s April/May and you’re still trying to get them back on the calendar.

You said we should pick this back up in March..hope I didn’t miss the boat!”

It’s inevitable - your prospect sometimes won’t be able to make the meeting and they’ll have to reschedule. You’re able to accommodate them and then when they thank you for your flexibility you send this:

Scenario #4: Your Prospect Confirms a Time

You’re finally able to book that meeting and the prospect has confirmed the time works for them. When you send the calendar invite and they choose a time. Reply back and send this:

If the prospect asks you a question via email and the answer is a simple “yes”, send them:

Scenario #7: Prospect Highlighting Their Next Steps

When the prospect says something that they’re going to do and you’re ok with it because it’ll help move the deal forward - just send them this:

When you’re trying to pump the prospect’s tires a little bit so you reference an accomplishment/award they got - or if you’re pumping your own tires by referencing something about your product that is really great so it would benefit them...send this:

If you have a feature that is really smooth (I mean, if you don’t then your product probably sucks) you say:

“Our (insert feature) is smooth as butter:

This one is specifically designed to be a pattern interrupt. As a sales rep, you’re throwing off the pattern of what your prospect is used to seeing/is expecting to see when they open up an email. This GIF has nothing to do with the actual content of the email - but that’s the point.

Here’s how it works.

Your subject line of the email = “dancing banana.”

They open up the email and the first thing they see is this GIF:

So immediately the email becomes more memorable because of how different it is. Not only are they not expecting to see a GIF in an email, but it’s a dancing banana GIF which is wild.

Below the GIF you send your regular email, whatever content you would have normally sent them.

Pro tip: Take it a step further and call the prospect right after you send the email. If they answer, great.

Ok, you think all of this is too silly and you can’t imagine sending any of these to a prospect?

Your prospects are people, human beings with personalities and a sense of humor.

Using humor works - even when selling to big enterprise companies. Comedy can help you hit your sales quota. 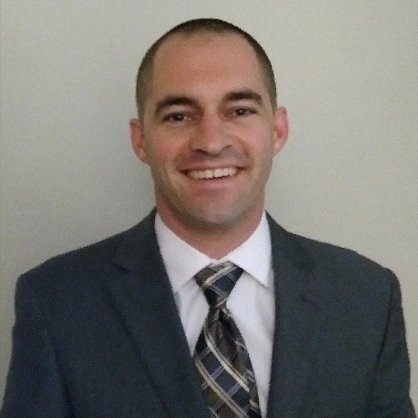 Jeremy Leveille is a former SDR of the Year now Account Executive at LeadIQ. If you want to learn

Get the same training SDR's get at LeadIQ

Why Google should launch a CRM? →